Seven Decidedly Normal Fashions That Could Get You in Big Trouble

Posted on September 4, 2013 by parentwin

Looking around at the working and school world, it seems to me there are an awful lot of rules about what one should and shouldn’t wear, and some of them, honestly, are downright ridiculous.

In this world of third-wave feminism, where individual choice is at the forefront of the women rights debates, we’re still having debates about appropriate woman fashion.

Many are having trouble distinguishing personal style from work-wear, and it’s the women that are suffering on all counts. Some are getting fired, some are losing out on promotions, and some aren’t even getting hired in the first place, all thanks to their “look”.

While private employers and other bastions of authority can set their dress codes as they see fit, there are some losses in the battle. Here are some of the total banal rejects. Is it stuffy in here?

Like it or not, toes can be the subject of intense debate, even in (or especially in) a court of law. That’s right. If you’re a lawyer and you’re arguing your heart out for a decision on the floor, other people are probably arguing about what you’re putting on the floor. The debate in 2008 took off in several legal blogs, including Above the Law, and The American Bar Association Journal, spurring hundreds of comments about lawyers and their footwear.

The blogs found that women professionals may risk losing their credibility by showing their toes in the office.

Former Cahill Gordon associate Kat Griffin, the founder of the Corporette fashion blog for lawyers, said peep-toe shoes may be inappropriate. “Peep toes are marginally better than flat-out open-toe shoes, but even then a closed-toe shoe is the preference.”

That’s right, women, you tell your little piggies to stay the hell home because they’re not wanted in the workplace.

Judge Kim McClane Wardlaw had this to say to Above the Law:

“My view is that if you have a question about the appropriateness of your attire, don’t risk it. Women appearing in court should never wear anything that draws attention to their anatomy over the merits of their case. You just never know how your audience — judges, jurors, clients or senior partners — will react. It’s better to play it safe in formal settings and save the peep-toes for after hours.”

Now, this may have to do entirely with location. In California, apparently lawyers just go nuts, letting their toes hang out all over the place…as long as their nails are painted.

Or maybe it’s just seniority-based. Even on the East Coast, perhaps it’s okay to show your lower-most regions, so long as everybody else is doing it. (This is a huge boost for women’s self-esteems, don’t you think?)

“Don’t wear open-toe shoes unless you’ve seen a much more senior lawyer do it.”

Alas, it’s probably all for the best. It must be easier to climb that corporate ladder in running shoes, right?

You don’t have to be a career-minded woman to get into sexy, sexy trouble with clothing. Even teenage girls are suspect, but not for the mini-skirts we used to see in the early nineties. Oh, no. Now it’s yoga pants in the hot-seat (see what I did there?) 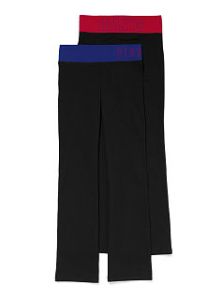 Yes, yoga pants. Long the bane of the stay-at-home-mom’s existence, apparently when put on a teenager’s body, they become so incredibly attractive that teachers can no longer teach and students can no longer learn.

In Loveland, Ohio, for example, one high school instituted a ban on the stretching, distracting pants which look more at home with spaghetti sauce stains on them than on a teenager anyway.

Loveland’s student handbook prohibits “revealing clothing” and does not permit clothing that is “distracting.”

Fifty students wore those racy-as-hell sweatpants the next day to make a point. When told to change, 17 of them didn’t.

On the students’ side of the stretchy-pants debate, Olivia Legg (no, I didn’t make that one up) had this to say.

“We ended up in ‘in-school’ suspension for most of the day and weren’t allowed to go to any of our classes.”

What could be more conservative than covering your entire body in a loose garment, head to toe? While maxi dresses don’t show off a woman’s curves, it appears people find them “too bohemian for the workplace.” 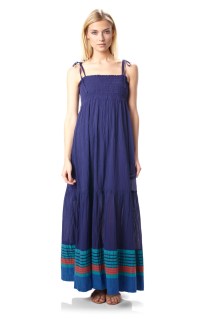 Forbes Magazine lists the maxi dress as one of the worst women’s fashion faux pas in the office. They go so far as to indicate that a woman’s reputation may be irreparably damage by the offending material.

If you are going to go the trail-blazing route, Dianna Baros writing for The Grindstone has some advice:

“Nothing too revealing, too clingy or too loud – Hawaiian prints and hippy tie-dyes are a no-no.”

But, really, that’s just good advice for anyone, at any time, isn’t it?

4) Anything that’s not a bathrobe

Seriously, sometimes your body is just so sexy that regular clothing cannot even handle it.

Laura Odes claims she was fired from her job due to her curves within her first week.

Her employers at Native Intimates (Again, not a joke. They are a lingerie wholesaler.) apparently gave her all sorts of work-attire suggestions after she tried wearing a purple dress, a boxy tunic-style dress and then a knee-length black dress to the job. Eventually, she says they made her wear a bathrobe over her clothing.

She says she tried another outfit that she thought would be appropriate, but was then fired. The irony, she says, is that the company markets very sexy clothes.

While her bosses were Orthodox Jewish men, Odes remains unimpressed by their religious fervor.

“I do not feel any employer has the right to impose their religious beliefs on me when I’m working in a business that is not a synagogue, but instead selling thongs with hearts placed in the female genital area, and boy shorts for women saying ‘hot’ in the buttocks area.”

In fact, in Iowa, you can be fired for being too pretty, and it doesn’t matter what you are wearing. The Iowa Supreme Court upheld its decision that Fort Dodge dentist James Knight had the right to fire his long-time dental assistant, Melissa Nelson, because he claimed she posed a threat to his marriage. 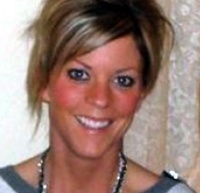 Apparently Knight sent her some off-colored text messages, which she ignored, and came up with a whole little fantasy world involving her, then fired her when he couldn’t handle his own putrid thoughts.

“Bosses can fire employees they see as threats to their marriages, even if the subordinates have not engaged in flirtatious or other inappropriate behavior. The court said such firings do not count as illegal sex discrimination because they are motivated by feelings, not gender.”

This case was decided by an all-male panel in December of 2012, then reopened as the decision came under righteous national fire, then upheld by the same court six months later.

The jury is still out on whether Debrahlee Lorenzana was fired for dressing too provocatively, or for simply being a bad employee. The former Citibank employee filed a lawsuit against them in 2009. Amid other trouble, she says she was told she had to straighten her hair before coming into work.

“[Her two male] managers gave her a list of clothing items she would not be allowed to wear: turtlenecks, pencil skirts, and fitted suits. And three-inch heels.

“As a result of her tall stature, coupled with her curvaceous figure,” her suit says, Lorenzana was told “she should not wear classic high-heeled business shoes, as this purportedly drew attention to her body in a manner that was upsetting to her easily distracted male managers.”

Citibank says her poor performance is the reason she was fired.

That’s right. Stop calling your work bestie and coordinating outfits. It could be labelled as a protest and get you fired.

Fourteen workers at the Deerfield Beach law firm of Elizabeth R. Wellborn P.A. were called into the conference room one Friday in 2012 after they all wore orange collared shirts to prepare for payday Friday happy hour. Four of the workers said they dressed like that so they’d look like a group for the festivities and had been doing so for the past few months before the firing. 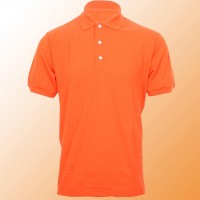 None of the employees were aware of any protest involving the color orange (and bear in mind, this was well before the Texas shenanigans), but an executive said there was and fired all of them on the spot.

“There is no office policy against wearing orange shirts. We had no warning. We got no severance, no package, no nothing,” said Lou Erik Ambert. “I feel so violated.”

Meloney McLeod, 39, of North Lauderdale, said her choice of shirt puts her in a tough spot: “I’m a single mom with four kids, and I’m out of a job just because I wore orange today.”

Florida is an “at will” state, meaning an employer can fire you for any reason–good, bad or even wrong–provided it’s not unlawful. Which is up for debate in this case, isn’t it?

One would think that refusing to wear pants would be legitimate grounds for firing. But shouldn’t a skirt also be acceptable? Not according to Burger King who fired a Pentacostal teenager when she refused to wear pants to work.

Seventeen-year-old Ashanti McShan was sent home on her first day at the job because her Christian faith prohibited her from wearing the uniform which included pants. Skirts are not acceptable (which probably makes sense, since Burger King probably doesn’t want its employees accidentally spilling super-hot oil on their skin). But she was being hired as a cashier.

She filed a religious discrimination lawsuit in 2012 and according to that documentation, Burger King management assured her that no pants were no problem.

“At the time of her interview for the job, Ms. McShan asked to wear a skirt instead of uniform pants as a religious accommodation. Defendant assured her that she could wear a skirt to work.”

According to the Washington Times, these incidents are rising.

“Religious discrimination complaints to the U.S. Equal Employment Opportunity Commission (EEOC) have been rising over the past 10 years. Last year, the EEOC received 2,541 complaints, up 48 percent from 1,709 in 1997.”

Basically, what all these examples show us is that there is no way to go right when trying to get dressed.

Always remember, ladies, it’s not just the outside world you’ve got to impress, but also your bosses and coworkers!

Okay, got it? Ready to go? Then those potato sacks, and let’s get some work done!