Well, it finally happened. All this time I was convinced I was faking it, but lo and behold, I’m actually a real mom.

According to Elizabeth Banks, it’s because I have two kids. Huzzah! 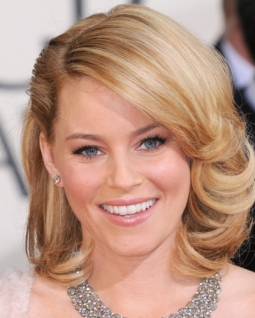 You hear that, universe? I’m real! I’m a real mom! (This is like some Pinocchio shit right here, and I never even had to turn into a donkey.)

Her statements to People, as taken totally out of context and in snippets here, show that while Elizabeth Banks may, by her definition, also be a real mom, she’s not actually a real person.

Did you know, guys, did you even know that over the ten-day holiday break, Elizabeth Banks had to parent her children? By herself? (With help, I might add, from her husband.)

The horror. The absolute screaming horror of it. Ten whole days.


“[We] had no help, no nannies, no babysitters. It was crazy. You forget how difficult it is to wake up in the middle of the night, how exhausting it is,” she admits. “I lost all my nails. I did dishes and cleaned bottles for 10 days so I lost all those nails!””

Okay, so not to rain on your I’m-every-woman parade, but that’s been my life for, oh, four years now. Let’s do the math, shall we?

It’s so good to know that you understand me, Elizabeth. Thank you. (But, I’d just like to add, as the resident twin mom, that I have actually been a real mom for all of those days. Real moms have twins. Booyah.)

And this is not at all to say that you shouldn’t have a nanny or house cleaners if you can afford it and want it. It’s just to say, well, there is a difference there. Welcome to the real world (it’s proven…the world has, like, seven billion kids) as many, many people know it (for ten days, of course.)

Now, obviously, there is some backlash from moms of singletons, evidenced here.

But that whole premise is just ridiculous, as is the hard-knock life of a celebrity who has to wash some bottles over the course of ten days (sorry about your nails, bb.)

So, really, this whole blog post, the previous publications about these statements, the statements themselves and the person who made them in the first place, are all just totally fucking ridiculous.

I’m ready to move on.

But not before quoting the Jezebel article that first brought this hilarious insight into celebrity life to my eyes. The best thing to come out of this whole debacle, in my opinion?

The fact that I actually liked a Jezebel article. Here’s my favorite quote from it.

“OK, Elizabeth, girl, I feel you. Taking care of babies is no joke. I watch my niece occasionally and after two hours, we’re both staring dead-eyed at Yo Gabba Gabba while she drinks bourbon out of the bottle I wasn’t supposed to give her. Seriously, that gig is rough.”

That is the best twist of the drunk mom joke I’ve seen in a long time.

So, thank you, EB. Thank you for letting me know I’m real, and thank you for the laugh as I picture a three-year-old hoarding a bottle full of bourbon. Life as a real (or fake) mom ain’t so bad after all.

Parent of twins, blogger, writer and journalist. I write things. Sometimes people even read them.
View all posts by parentwin →
This entry was posted in Uncategorized and tagged celebrities, children, elizabeth banks, facebook, jezebel, kids, lol, news, parenting, the stir. Bookmark the permalink.